The Future of Free Space Optics

The Future of Free Space Optics

It is little wonder that the concept of transmitting information across open air — free of wires, channels, or any other incumbent medium — is a tantalizing one. No longer confined to the realm of science fiction, the reality of today has constellations of satellites encircling the planet, pinging streams of data of all kinds to almost anywhere. While ground-based communications systems and low-flying UAVs continue to evolve, it’s when these optical systems rise above the troublesome atmosphere that they come into their own.

Before the telephone, early forays into free-space optical communications (FSOC) included a demonstration by Alexander Graham Bell of what he dubbed the “photophone.” Bell used beams of light to transmit voice conversations through the air, and although the photophone never translated into a commercial device, the principle was established.

Then the revolution came: The invention of the laser in the 1960s transformed FSOC. With the technology’s genesis in military applications, the ability to communicate over unknown terrain without fear of an enemy severing contact was quickly recognized. Since then, steady improvements in light sources, detectors, and optical components continue to extend the reach of FSOC networks. 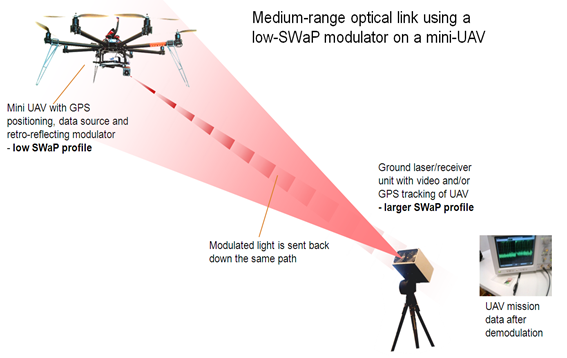 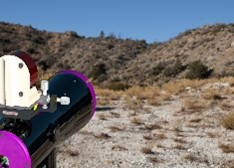